"Amazing video of young Steve Jobs working on creating NeXT. This old video has some real educational value showing hands-on brainstorming, teambuilding management. This is how great companies are made - what he says at 13:15 is very true."
Bartosz Barlowski CEO , Mepi.pl

The Entrepreneurs is a documentary on Steve Jobs that was filmed in 1986, which shows his original vision with the NeXT, that is from Jobs’ aspirations for higher education and simulated learning environments to his decision-making process on price point and product features to his approach to company culture and motivational morale.

Few of his quotes:

“Whether NeXT can be a viable business is something only time will tell. But Steve Jobs’ passionate commitment to his vision is clear, and his certainty that it can be achieved — and is worth achieving — is a conviction to be observed in all successful entrepreneurs.”

“Rand doesn’t usually work for infant companies, even if they can afford him. But NeXT isn’t an ordinary startup.”

“More important than building a product, we are in the process of architecting a company that will hopefully be much more incredible, the total will be much more incredible than the sum of its parts, and the cumulative effort of approximately 20,000 decisions that we’re all gonna make over the next two years are gonna define what our company is. And one of the things that made Apple great was that, in the early days, it was built from the heart.”

“I don’t see that startup hustle… If we zoom out of the big picture, it would be a shame to have lost the war because we won a few battles.” 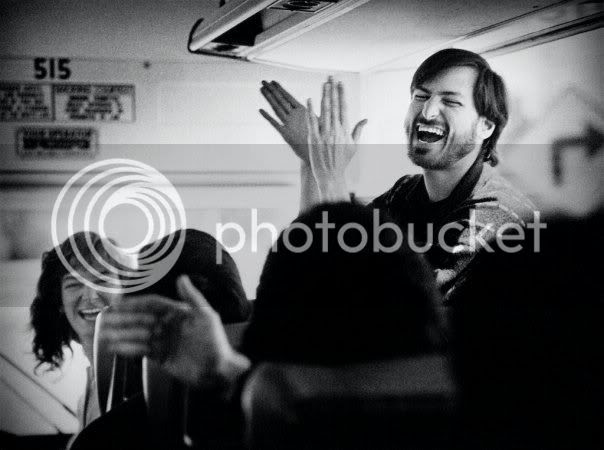 Posted by Andreea Diana Tanasescu at 10:48 AM